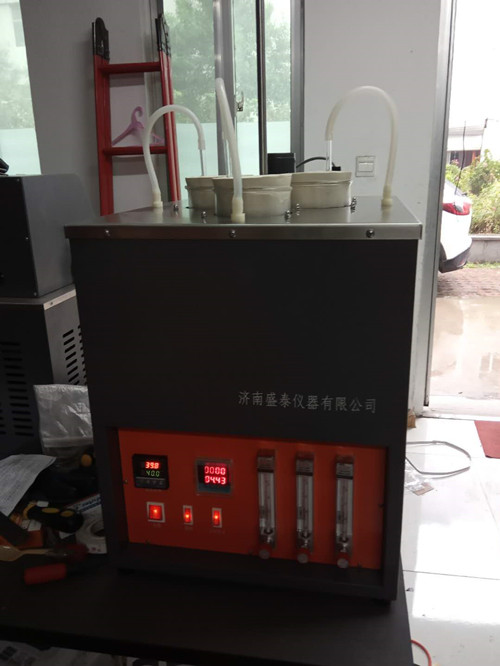 Antifreeze is a kind of coolant containing special additives, mainly used in liquid-cooled engine cooling system, antifreeze has anti-freezing in winter, anti-boiling in summer, anti-scale, anti-corrosion and other excellent properties.

Antifreeze not only does not cause corrosion to the engine cooling system, but also has the function of corrosion prevention and rust removal. The first antifreeze is the anti-corrosion function. Engines and their cooling systems are made of metals: copper, iron, aluminum, steel and solder. When these metals are exposed to water at high temperatures for a long time, they will corrode and rust.

SH0085 Antifreeze corrosion instrument is designed and manufactured according to the requirements of the petroleum and chemical industry standard OF the People's Republic of China SH/T0085 "Engine coolant corrosion determination method". It is suitable for the determination of the degree of corrosion of high boiling point and low boiling point engine coolant and its concentrate on typical metal test pieces according to the SH/T0085 standard determination method. SH0085 anti-corrosion tester after the upgrade of the instrument with silent air compressor, no need to manually equipped with air source.