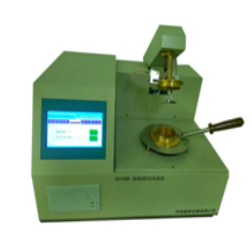 Jet fuel is jet engine fuel, also known as aviation turbine fuel, is a light petroleum product.
It is produced mainly from kerosene distillates distilled from crude oil by refining, sometimes with additives, or from heavy distillates distilled from crude oil by hydrocracking.
The wide fraction type (boiling point 60 ~ 280℃) and kerosene type (boiling point 150 ~ 315℃) are widely used in all kinds of jet aircraft.
Kerosene jet fuel is also known as aviation kerosene.
Production of jet fuel, which soared with the development of jet aircraft after World War II, has far surpassed that of aviation gasoline.
China successfully produced aviation kerosene from domestic crude oil in 1961 ~ 1962 and put it into production.
Various additives are often added to jet fuel to improve its performance, such as antioxidants, metal passivators, anti-icing agents, electrostatic dissolvants, and antiwear - lubricants (see petroleum product additives).
Flash point is an extremely important index of fuel oil, and it is also an important index related to oil safety.
Fuel oil flash point, in general, is refers to under the condition of specific standards, will be fuel oil heated to a certain temperature, make its surface produced by the gas oil vapor coincided with the surrounding air to form can burn a mixture of gases, when using a standard test under the condition of fire source and the mixture of contact can produce instantaneous flash fire, when the temperature is called fuel oil flash point.
It has the characteristics of flash and extinguish, that is, it can not make the fuel oil to produce continuous combustion.
From this definition, we can see that the flash point of fuel oil represents the ignition risk of the fuel oil. The lower the flash point is, the more dangerous it will be in the process of transportation. On the contrary, the higher the flash point is, the safer it will be.
The flash point detection of fuel oil can be determined by SH105B closed flash point automatic tester. SH105B closed flash point automatic tester is a microcomputer technology with large LCD display.
Instrument according to the standard method of heating, automatic rise and fall, automatic ventilation, automatic ignition, automatic display, automatic locking flash point value, automatic printing results.
After the test can be automatically cooled, to achieve the full automation of the work process.
It has the advantages of accurate measurement, good repeatability, stable performance and simple operation.
Widely used in electric power, petroleum, chemical, commodity inspection, scientific research and other departments.
In accordance with ISO - 2719,ASTM D93, GB261-2008 standards